At the O’Pry Law Firm, we have a team of experienced legal professionals ready to work on your behalf. 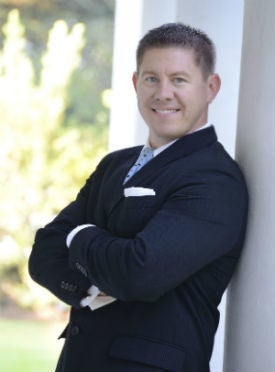 Donovan “Donnie” Jay O'Pry II was born and raised in Lafayette, Louisiana. His father, Donovan O'Pry, worked for 35 years as an elementary educator in the Lafayette Parish School system, serving as an assistant principal and teacher at Lafayette Middle School, and then finishing his career at Acadian Middle School. Donnie's mother, Karen O'Pry, worked for the Department of Social Security in Opelousas with 35 years of service. Donnie attended St. Leo Seton Elementary and then graduated from Carencro High School in 1995. While at Carencro High School, Donnie was a member of the 1992 State Championship football team and was nationally ranked in speech and debate.

Donnie attended Louisiana State University in Baton Rouge, Louisiana on a full academic scholarship. While attending LSU, Donnie won LSU's annual public speaking contest as a sophomore. Donnie received a Bachelor of Science Degree in Political Science in 1999. After graduating, he enrolled at the Paul M. Hebert Law Center at Louisiana State University in Baton Rouge. While in law school, Donnie was chosen to serve as a member of the Moot Court Board, and also represented LSU at the Association of Trial Lawyers of America's National Mock Trial Competition in Albuquerque, New Mexico. Donnie graduated with a Juris Doctor from LSU Law School in 2002 and was admitted to the Bar that same year.

Donnie began his legal career as an associate with the Lafayette firm of Jeansonne & Remondet. Donnie's practice was primarily in the fields of workers' compensation defense and automotive and premises liability. In 2007, Donnie became a partner at Jeansonne & Remondet, where he served in that capacity until opening the O'Pry Law Firm in 2014. On March 1, 2014, Donnie opened the O'Pry Law Firm. The firm's mission is to treat all of our clients as if they are a member of our family.

Donnie has been nationally recognized in the fields of workers' compensation and personal injury practice. He has been repeatedly rated as one of the Top Lawyers in both Acadiana and Louisiana by multiple publications including the Times Picayune, American Lawyer Media and Acadiana Profile Magazine. Donnie holds the highest rating of "AV Preeminent" awarded by Martindale-Hubble®, the most widely recognized and respected lawyer peer review service in the nation. In addition, Donnie has achieved a perfect 10.0 rating on Avvo.com, one of the most widely used lawyer rating services in the country. He has been inducted as a life time member of the Multi-Million Dollar Advocates Forum, an elite group of attorneys who have achieved multi-million dollar verdicts or settlements for their clients. In 2020, Donnie made Superlawyers' list of top Louisiana attorneys.  Donnie was also named to the "Top 10 Attorney List" for the State of Louisiana by both the American Institute of Personal Injury Attorneys and Attorney and Practice Magazine. 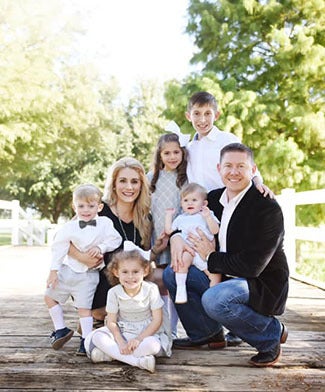 Donnie is married to Stephanie Hulin O'Pry and they have five children. Stephanie is originally from Loureaville and graduated from The University of Louisiana in Lafayette in 2002. Donnie and Stephanie are very active in their church, community, and children's school. Their entire family loves attending both LSU and UL games and socializing with their friends. 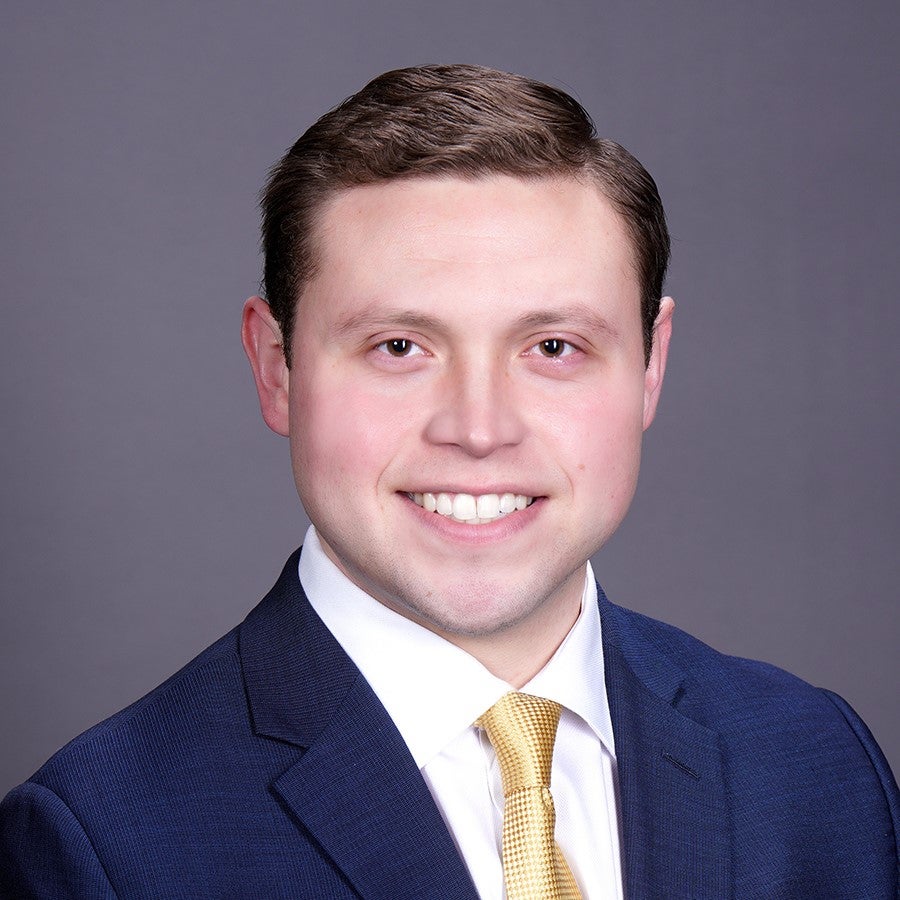 Geremy Garcia was born and raised in Corpus Christi, Texas. He attended Collegiate High School, where he graduated with his high school diploma and associate degree in liberal arts. He then went on to study at Texas Tech University in Lubbock, Texas. After obtaining his bachelor's degree, he decided to study law at Southern University Law Center in Baton Rouge, Louisiana. Geremy clerked for multiple personal injury law firms during law school and fell in love with the field.

Geremy graduated from SULC in May of 2020 and received his license to practice law in Louisiana later that year. Geremy started his career with a personal injury firm in Baton Rouge then joined the O'Pry Law Firm in January of 2022, where he enjoys fighting for personal injury victims. 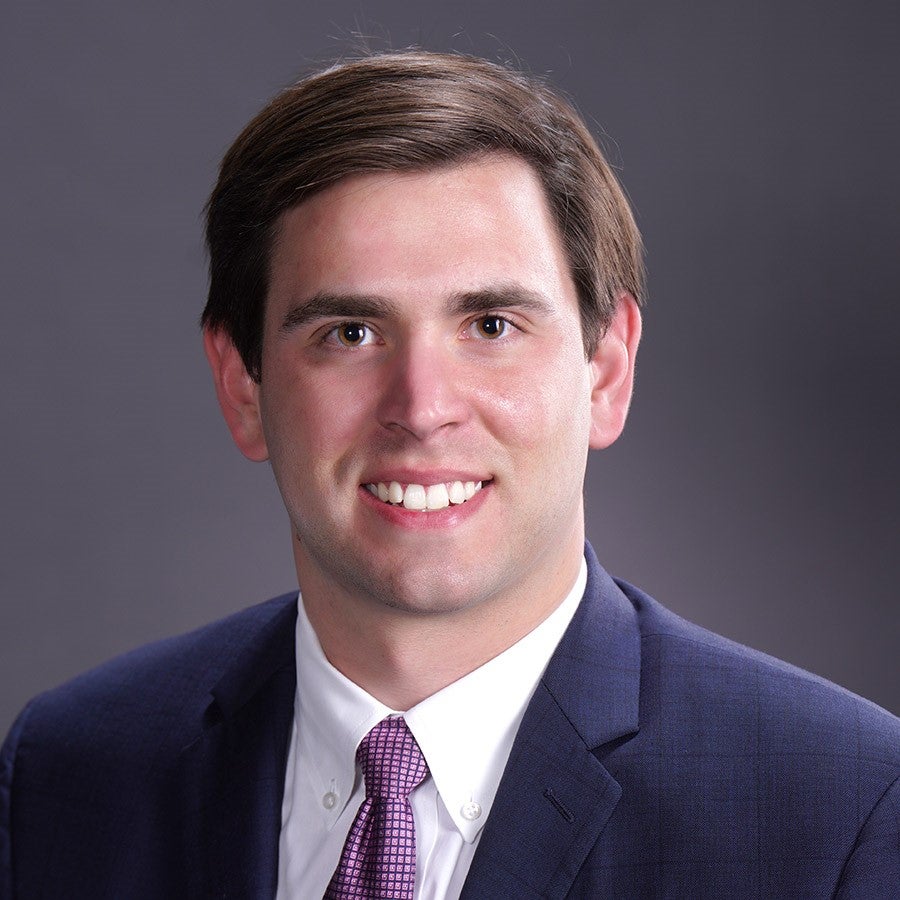 Luke grew up working on a farm in Crowley, Louisiana, which taught him the importance of commitment, dedication and the rewards gained from a strong work ethic. He attended LSU, earning a B.S. and graduating magna cum laude. Luke then attended law school at LSU's Paul M. Hebert Law Center where he received his law degree. During his tenure at LSU's Law Center, Luke participated in many trial advocacy competitions. He was actively involved in the Student Bar Association, serving as 3L Class Vice President and as a founding member of the Student Bar Association Safety Committee. Luke achieved great academic success while in law school. He received the CALI Excellence for the Future award in his Legal Research and Writing, Louisiana Civil Law Torts, and European and Comparative Health Law classes. Additionally, he was a recipient of the Dean's Scholar Award, Dean's Tuition Scholarship, LSU Board of Supervisors Scholarship, and L'ecrevisse Scholarship.

Prior to joining the O'Pry Law Firm, Luke worked as an insurance defense lawyer for one of Louisiana's renowned insurance defense law firms. There he represented several large business and major insurance companies in various types of legal disputes. Luke's time as an insurance defense lawyer allowed him to gain valuable insight and experience into how the “other side” operates. Luke chose to become a plaintiff lawyer and represent those who are injured because his heart and desire is to represent the “little guy”. He always strives to help those in need, and he desires to be the voice for those who might need help telling their story in a time of need.

In his spare time Luke enjoys spending time with friends and family. He also enjoys playing tennis and flying radio-controlled airplanes, and he hopes to one day get his private pilot's license. Luke has a continuing desire for learning new things. Most recently he began taking acoustic guitar lessons. 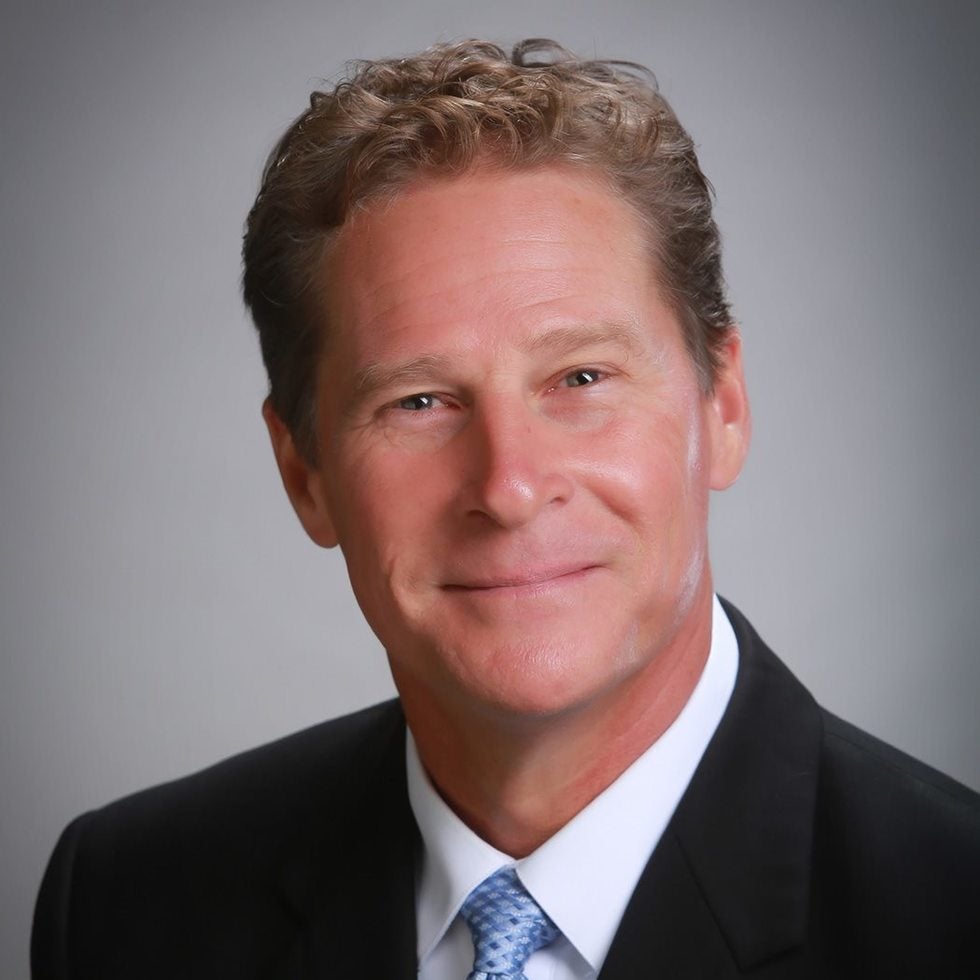 Glenn graduated from LSU in 1983 with a degree in Business Administration and obtained his law degree from LSU Law School in 1986. Over the years, Glenn has handled a variety of legal matters including personal injury, worker's compensation, family law, real estate, business, bankruptcy, successions, criminal and social security. He has argued before the Louisiana Third and First Circuit Court of Appeals and the United States Fifth Circuit Court of Appeals. Since 2006, Glenn has been and remains an Assistant District Attorney in the 27th Judicial District and has extensive experience in selecting juries and trying serious felony matters. Glenn and his wife, Cindy, have been married for 38 years and have 7 children and 10 grandchildren (so far!). Playing music and singing have been a big part of his life and he enjoys getting his hands dirty handling cattle and horses. 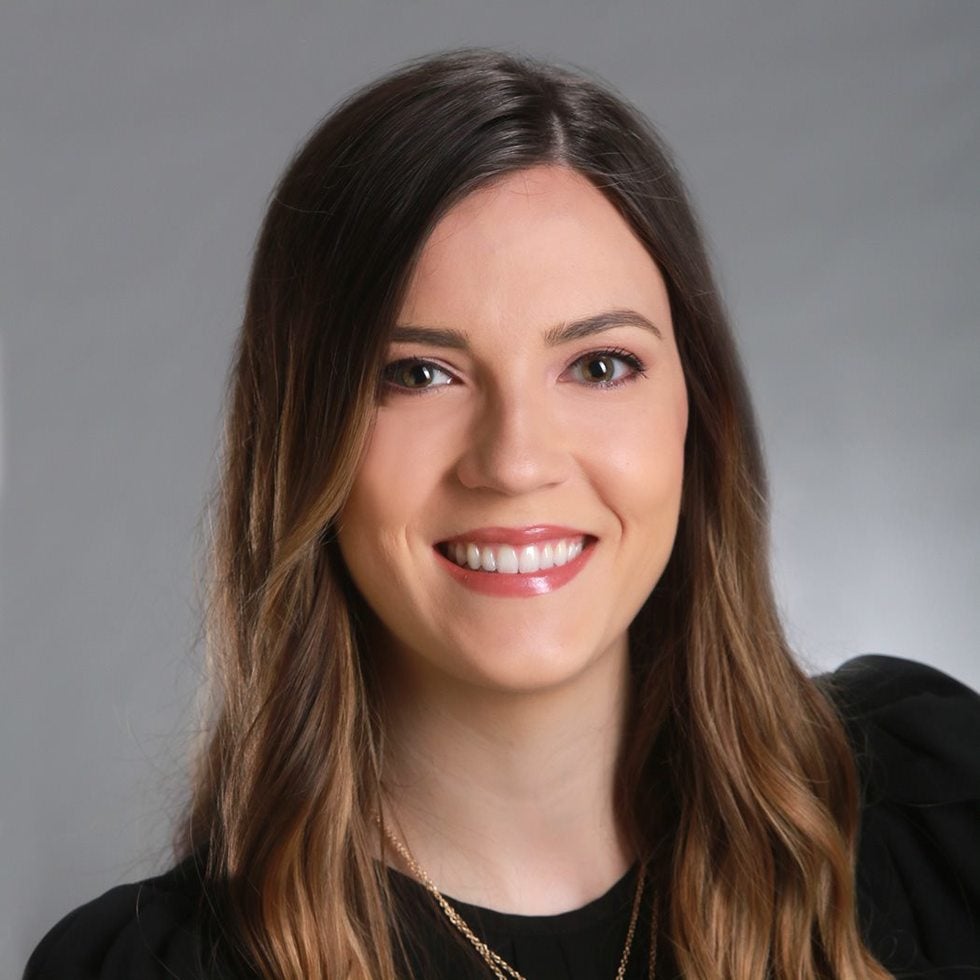 Emma serves as the paralegal on all of our automobile personal injury cases. She handles file management for cases from pre-litigation all the way through to trial preparation and beyond. Some of her duties include drafting pleadings, corresponding with adjusters and opposing counsel, coordinating and scheduling depositions and mediations, and regularly communicating important updates to clients throughout the progression of their cases. Emma received her bachelor's degree from Louisiana State University and afterwards completed their Paralegal Studies certificate program. Emma enjoys shopping, relaxing at home and spending time with her family. 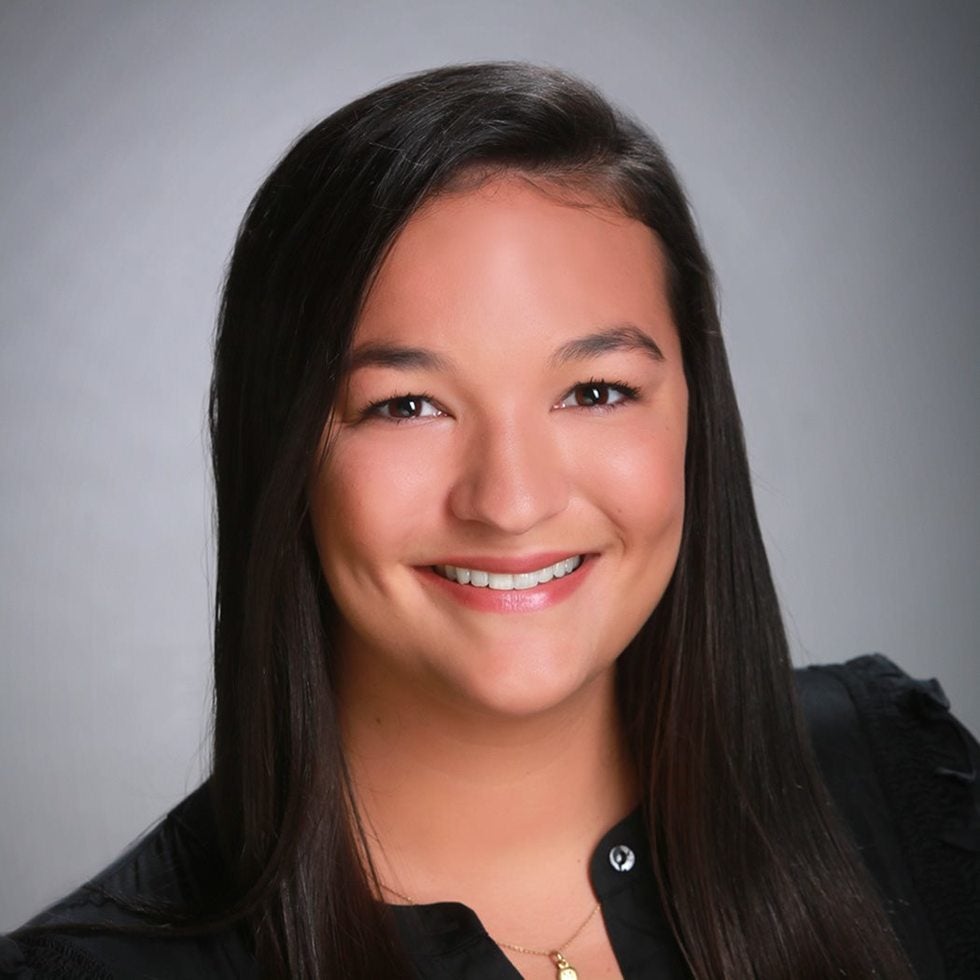 Britni is a paralegal and Workers' Compensation Coordinator at the O'Pry Law Firm. She assists our attorneys in all phases of litigation, such as pretrial discovery, drafting of pleadings, and trial preparation. Britni received her bachelor's degree in criminal justice from the University of Louisiana at Lafayette and thereafter obtained her law degree at Southern University Law Center. In her free time, Britni loves traveling, organizing, arts/crafts, and painting. 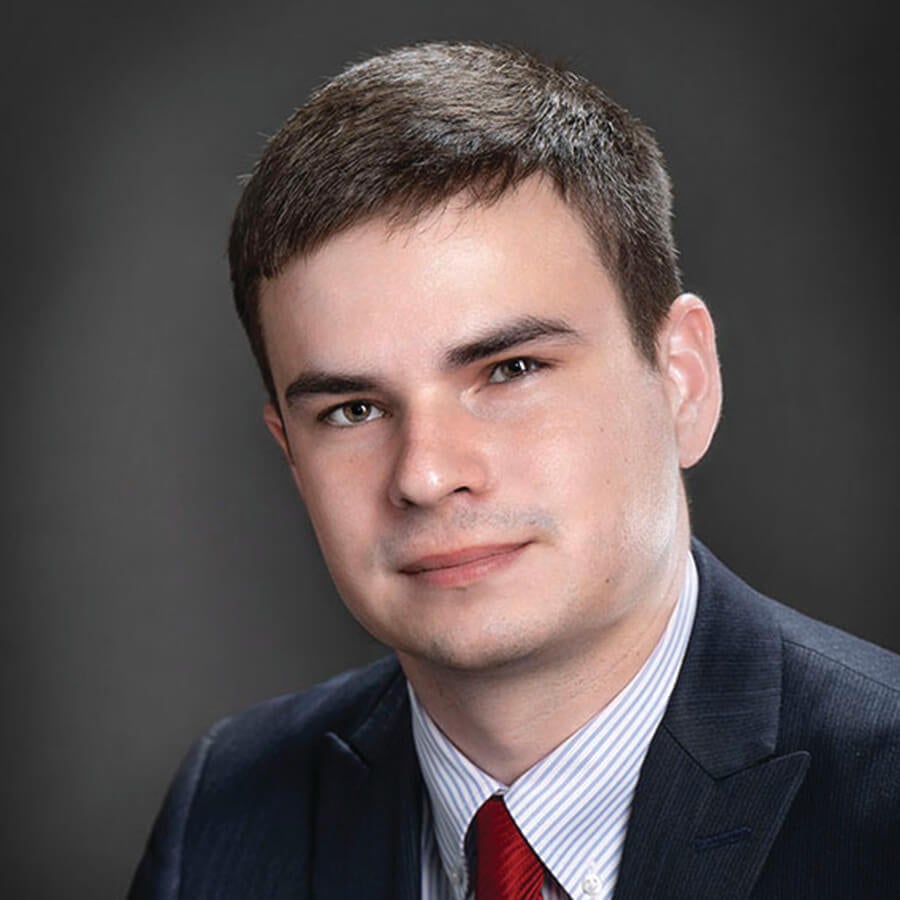 Rece serves as a Legal Assistant to the paralegal at the O'Pry Law Firm. He is currently enrolled at the University of Louisiana at Lafayette pursuing a bachelor's degree in Finance with a minor in Law. Rece will graduate from ULL in the Spring of 2022 and will begin studying Law in the Fall of 2022. When he isn't at work or school, Rece coaches youth soccer teams and enjoys relaxing with friends and family. 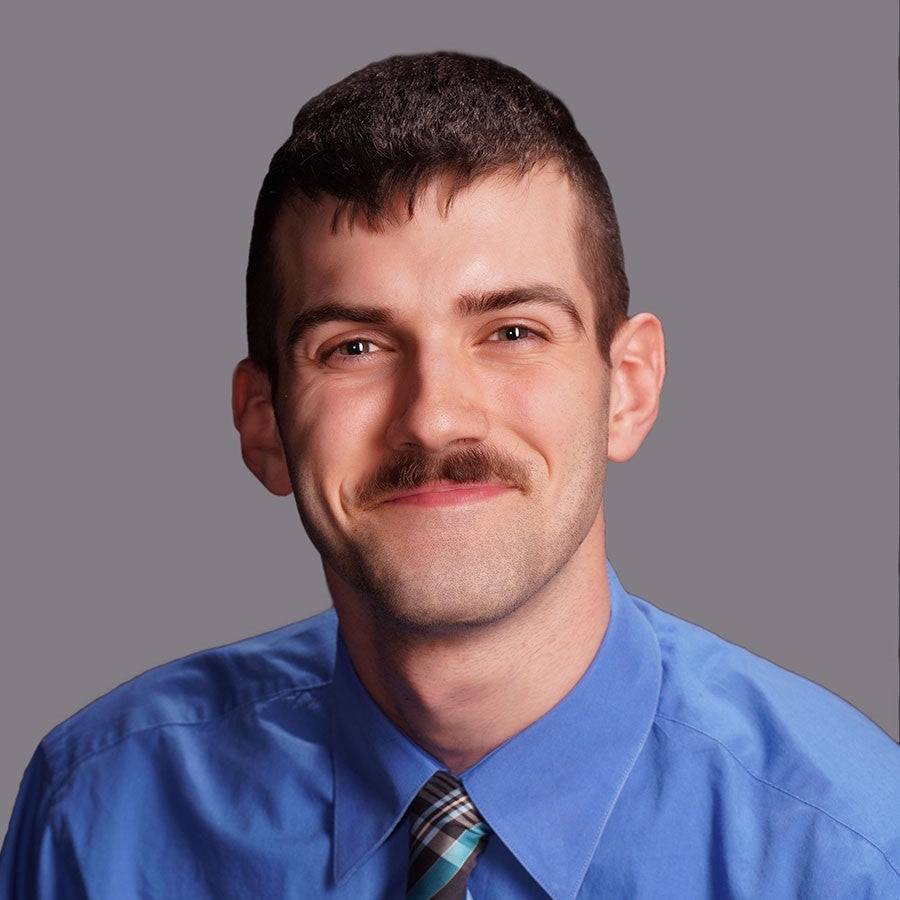 Evan serves as one of our Legal Assistants for the O'Pry Law Firm. He was born in Texas but has lived in Louisiana for the majority of his life. He currently attends Louisiana State University majoring in Criminal Justice and hopes to attend Law School following his graduation. His career goal is to serve as a Judge Advocate General (JAG) Officer for the United States Air Force, however, if that doesn't work out, he looks forward to serving his community as a lawyer in the civilian profession. In his free time, he loves to go to church with his family, watch football and hang out with his friends. He stated that he loves working for the firm and enjoys interacting with clients and everyone in the office. 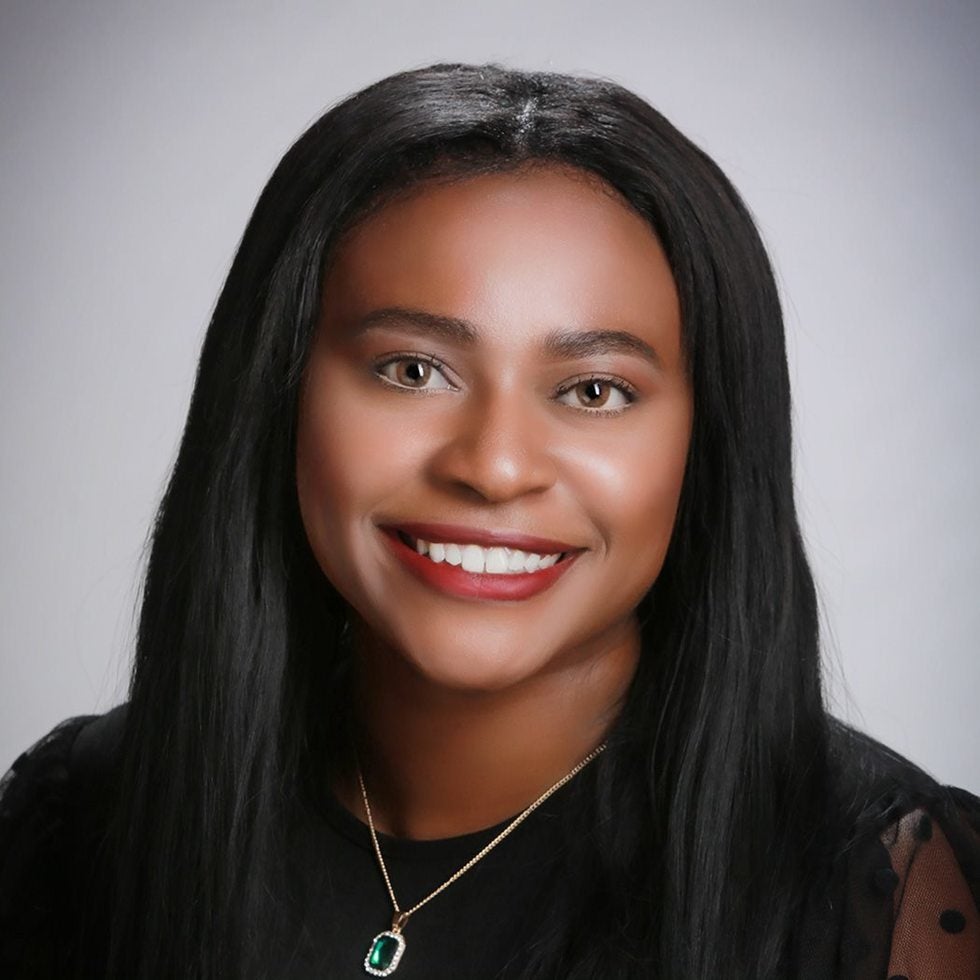 Trenelle began working for the O'Pry Law Firm in September of 2019. As an intake specialist, she has the pleasure of acting as the first point of contact for all prospective personal injury clients and relaying their information to the attorney so they can determine a unique course of action moving forward. From there, she has responsible for the initial registration and case management for all new clients. Trenelle believes that working for the O'Pry Law Firm is truly a blessing because there is a high level of mutual respect amongst every team member. Additionally, she is able to help hundreds of people a year recover from a traumatic experience and be adequately compensated. During her free time, she enjoys touring different areas of Louisiana and traveling to learn more about our Cajun culture and taking as many photos as she can along the way! 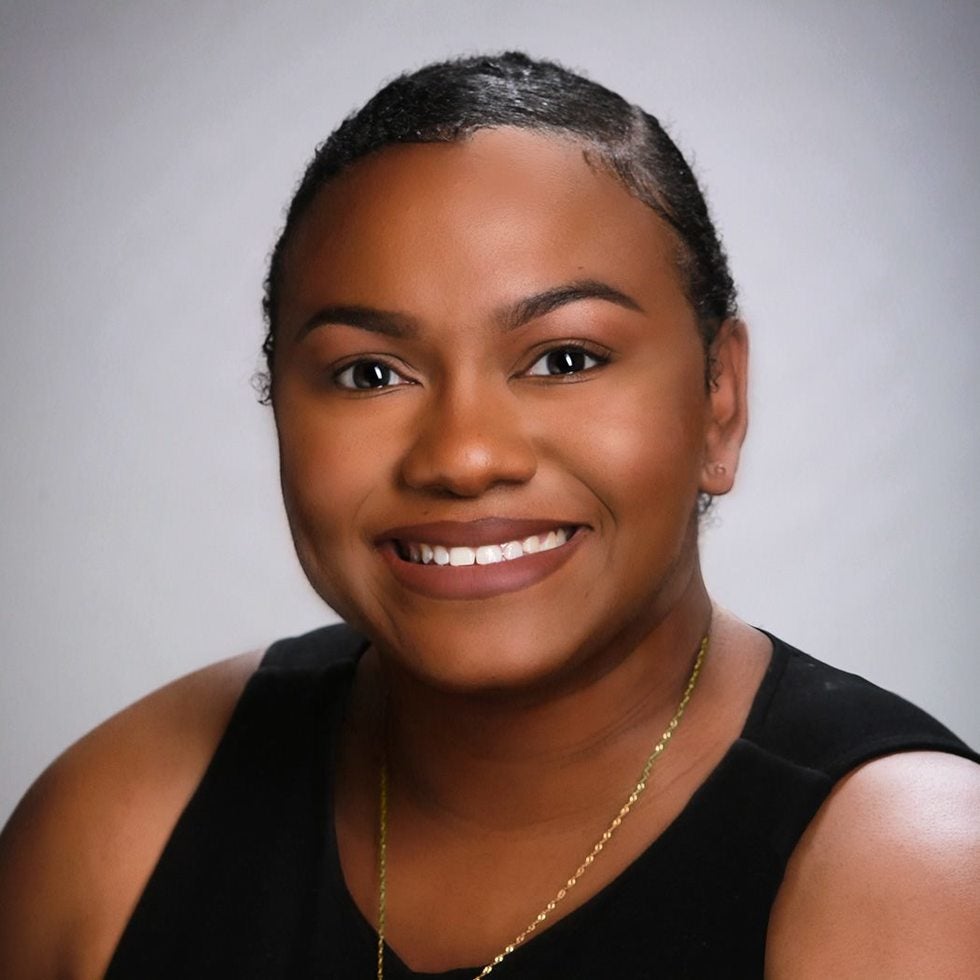 Lafayette native who graduated from the University of Louisiana at Lafayette with a Bachelor's of Science and Northcentral University with a Master's Degree in Health Psychology. She has years of customer service experience and uses that experience to focus on our clients' needs during representation. In her spare time, she enjoys reading, planting, decorating, and spending time with family. 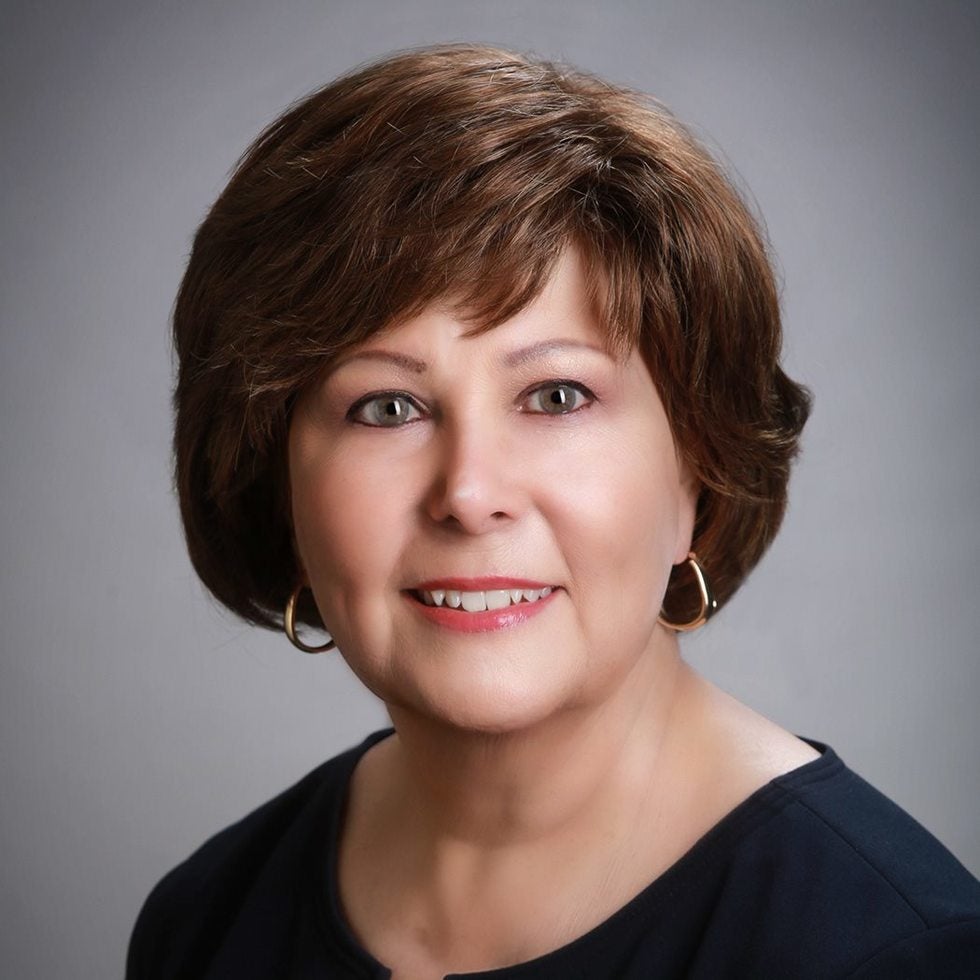 Karen makes sure that the firm's financial data is handled accurately and timely. She performs bookkeeping and accounts receivable functions using computer programs such as QuickBooks, Amicus and Excel. Karen retired after 35 years as a claims rep and technical expert with the Social Security Administration. She is now proud to be a part of her son's law firm. In her free time, she enjoys spending time with and cooking for her family, especially her six grandchildren. 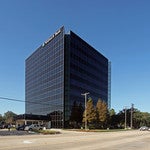